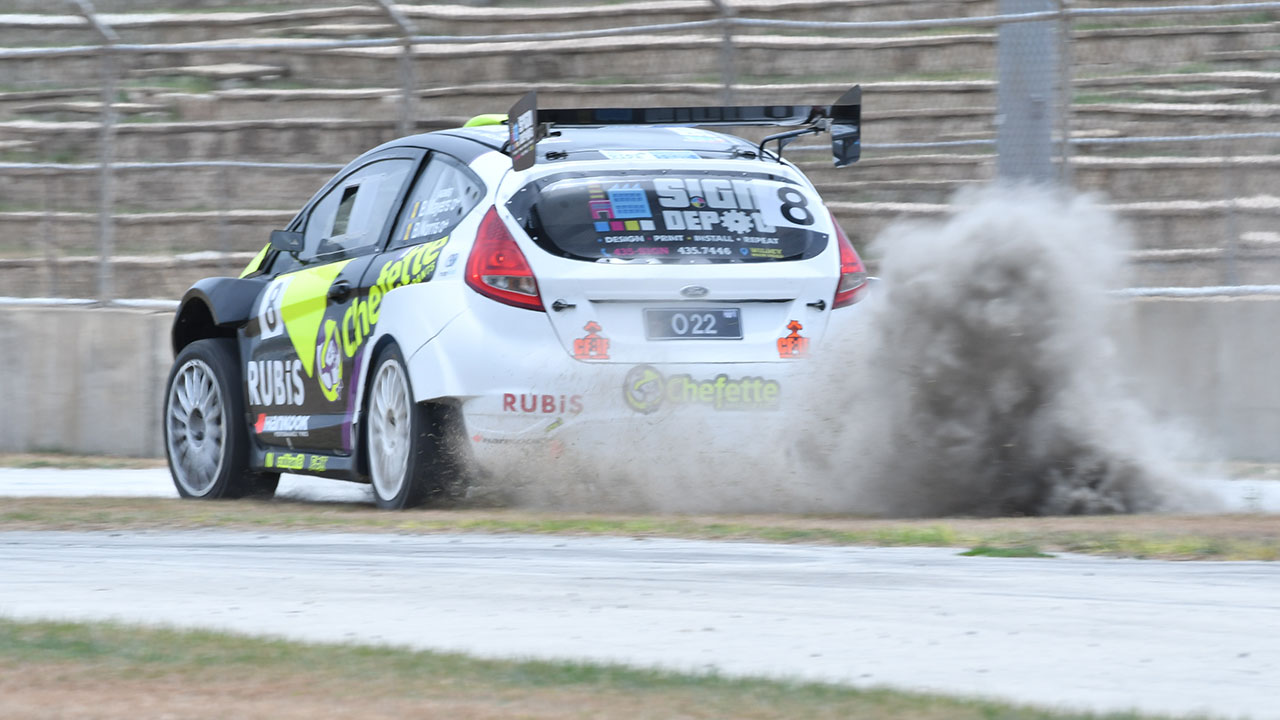 The Barbados Rally Club held their first event for the year 2021 at the Bushy Park Circuit on June 6th. With the words 'protocols' and 'guidelines' forming the basis for all events locally, the event was held with no spectators and with strict adherence to the protocols set out to facilitate the safe execution of events. The 30 competitors who faced the starter ran in two directions on the day using sections of track, go-kart links and access roads at the facility

The Chefette Speed Team's Barry represented for the others in group SM2 in the Ford Fiesta rallycar. At the end of the day he had copped second place in his group in both directions. As he reflected on the event and the year ahead, Barry said it was good to get out and drive the car to do some testing. He however stated that with there being a lack of road events it has put a further hold on testing of some suspension components and with the announced postponement of Sol Rally Barbados, event participation maybe limited.

Roger has spent the time the WR Starlet has been off the road working on improving aspects of the car’s reliability. The areas addressed were the exhaust system, electrical system and the airbox setup which is the last remaining component to be completed. An appearance of the WR Starlet this season is however not off the cards with the Bushy Park sprints being the likely events for this to happen.

Rhett’s 2021 has brought some celebration with the arrival of his second daughter with his wife Adrianna. He says he is still eager to get back behind the wheel but with an engine build for the BMW on the cards and the pandemic affecting the shipping and logistics associated with getting the engine to the builder in Europe who also has had staffing issues, the Big BMW will be parked up this year. However, there is still a special little package he has to put on the tracks at Bushy Park and Vaucluse Raceway and will be happy to dust off any cobwebs with that during this year.

The uncertainties of the year have placed sports across the island in a spin and motorsport has been no exception. With Sol Rally Barbados postponed and changing national protocols, it is left to be seen what further restructuring of the 2021 motorsport season will occur.