The 2020 motorsport season like many activities across the island and indeed across the globe, did not run to plan. With the Covid 19 pandemic, many activities including those which are recreational were brought to a halt as strict guidelines and protocols were established to halt the spread.  Normally, by this time of the year we would have been well into the second half of the racing season with Sol Rally Barbados already done and dusted. However, the weekend of August 22-23 saw the first closed road motorsport events held in 2020.

First the Barbados Rally Club (BRC) held their test event which many drivers including Speed Team members Barry and Rhett used to shake off some rust and to run through their cars. The event, though timed was not held for points or results as it only served as a test. The following day however, the BRC along with the Motoring Club of Barbados Inc. held a double header for both clubs, running from Henley to Cherry Grove in the morning and in the reverse direction in the afternoon.

Rhett was happy to get out and do some driving after the layoff. Usually very clinical in choosing driving lines and attacking the course, he opted for the much more flamboyant approach to the stage to the delight of the many fans who came out to watch the event. Looking back on the day he said "There is plenty rust to shake off. More importantly, I'm running some new gearing to suit the engine which helps with power delivery so I am getting accustomed to that as well. The morning runs there was not as much confidence with dirty conditions on parts of the stage, however I was happy to toss the car around and have some fun." For his efforts, he finished 10th overall in the morning direction and 9th overall, 3rd in class in the afternoon.

Barry was also happy to be out and even more eager to get some seat time in after being quite busy in the off season. Having been out of action since Sol Rally Barbados 2019 after damaging his engine, the weekend's activities saw the debut of  Barry's replacement engine for his Fiesta, a Honda K24. This newer engine boasts greater CC's to help pull along the weight of the heavy Fiesta. Reviewing the weekend Barry stated that "With the car having been overweight for sometime, we opted to step up in CC's and having explored many options the most economical option to do so was the Honda engine which we have been happy with the improvement. This weekend was about learning the car all over and shaking off the accumulated rust on the driver. There's still more development to be done as it's still not 100 percent especially in the braking department which presented some interesting moments during the event." At the end of the first direction he was 5th overall and 2nd fastest 2WD while in the afternoon direction he topped the time sheets for the 2WDs and was 3rd overall.

The next likely closed road event is the revised Rally Barbados and King of the Hill events held by the BRC where the full complement of Speed Team cars should be in contention. Until then, be safe!

Since 2002 Chefette Restaurants has been making monetary contributions to The National HIV/AIDS Commission (NHAC) and the AIDS F... Read More

Chefette Restaurants, the local restaurant chain on the island is once again demonstrating that it is committed to giving back t... Read More 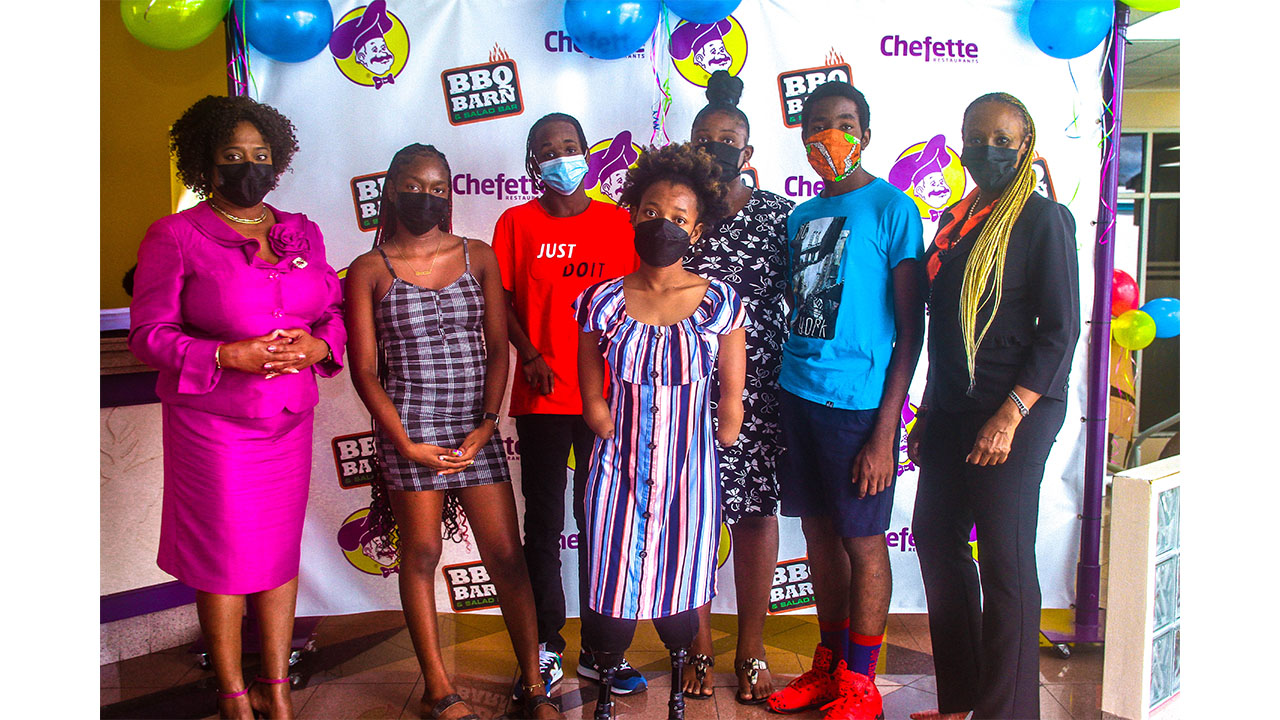 Since 2002 Chefette Restaurants has been making monetary contributions to The National HIV/AIDS Commission (NHAC) and the AIDS F... Read More

Chefette Restaurants, the local restaurant chain on the island is once again demonstrating that it is committed to giving back t... Read More